My 4th grader used to have a terrible temper. I mean really at 9yrs old he was still having tantrums. I have to admit it was pay back. I used to be one of those moms that watched a child have a tantrum like his in the store and thought the parent was being irresponsible. He's the youngest of my 4 kids and I have never had this problem with my other kids.

Uhum, well now I see that every child is different.

There were lots of possible reasons for my 4th grader to have this issue with his temper. I've never gotten him tested for any medical 'prognosis' to his behavior, but plenty of his former teachers loved throwing around words or diagnosis without proper training. The odd thing was, he was a great kid who listened, rarely had tantrums at home - with mom and dad. But when he was with other people, it was a different story.

SO YOUR KID HAS ISSUES

Well I knew I could take him to see someone about his anger issues. But the deal is - I - ME - PARENT would have to work on those challenges with my kid everyday. And I knew my kid better than anyone. If it was consistent behavior done at home and at school, my initial solution would've been different.

The most that happened at home was a stomping to the time-out corner, mumbling under his breath and when I wasn't looking throwing something down. But when he was with his grandmother, teacher or friends he had a temper and a mean, disrespectful mouth.

Now, even though my kid didn't display this behavior with me or my husband face to face. I knew I had to find a way to work with him on a daily basis.

So, I came up with the CALM DOWN list. I made this specific to my kid's issues. Controlling his temper, not having a tantrum, not yelling, learning to calm down, don't internalize things when they don't go his way.

This list of 10 things that he needs to do to calm down, evaluate the problem, open communication and gain forgiveness was a lifesaver.

We read the list every single day before we start our homeschool. I read it with him. He mumbles it sometimes. We sing it sometimes. We chat about it at times. AND when he is having an issue, I read it as I set the 'time out' timer. He either spends that 'time out' in the corner, on the couch, on the floor, with his head on his desk - OR - on mom's lap with her arms around him.

This has worked for us because everyone in the house knows about Speed Racer's list. I take it with me and now Speed Racer 'remembers' his list that he doesn't have to read it every day, multiple times. Now he knows how to calm himself down.

THE LIST: (Make it specific to the needs of your child. Keep it for at least 6 months til it's memory)

1) It's not so bad.
2) Breathe slowly. Relax your shoulders. Count to 10.
3) Don't beat yourself up. Hit a pillow - anything besides YOURSELF
4) Pray for peace inside your head.
5) Tell your story - slowly and respectfully.
6) Take control. 'I am in charge of my own choices and perception'
7) Find small physical distractions. Squeeze a stress ball. Pet our Dog.
8) Talk. Be respectful though. Don't suffer in silence.
9) Tell how you want to turn the situation around.
10) You're not always going to get your way, so don't expect to. Don't plan on everything to come out perfectly

WHAT WOULD YOU PUT IN YOUR CALM DOWN LIST? 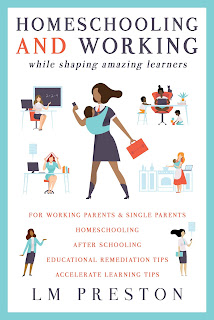