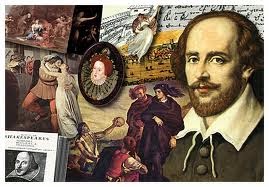 This week my daughter is starting to really get into reading the classics. And I have to admit, it's hard even for me.

Who says we homeschoolers or any student has to learn the traditional way?

WE ARE GOING ON a PLAY HUNT!

So I went to Goldstar.com and ordered some really reasonable tickets for us to go the all the Shakespeare plays I could find.

This is what we've done to prepare.

1) Read samples of his plays
2) Watched Education-Portal.com English Literature course
3) Skipped around the internet for reviews of his works

We booked some reasonable shows

We'll be going to see them all in the next few weeks.

1) Taking our cliffnotes (yeah! Mom's not an English Teacher so I'm going to need some help)
2) Drawing pad (my Tiger Lilly likes to draw so she's going to capture her favorite scenes)

As a great adventure for my Speed Racer! We are going to Ringling Brother's circus. AND...

Then for Spring Break! - Speed Racer is going to CIRCUS CAMP!!!! Yes! you heard me (I'm patting myself on the back for this one).

This is an inspiration for both him and I. He'll be writing a paper on his adventures running away with the circus. Also, the camp is for 1 week and ends with him in a circus act!

Well we are on track for Tiger Lilly to take the Analyzing Literature CLEP.

We decided to move the Technical Writing DSST that she has to retake to the beginning of school later this year.

Her Algebra 1 with Teaching Textbooks is coming to and end. And her Abeka Algebra 1 is only 20 days from ending.

Biology is going so slow with Thinkwell I want to speed it up but it's just so much information I won't do that to her.

Computer programming with Youth Digial is going great and will be finished by June when she goes to summer camp.

Just 15 more days of instruction and it'll be done.

Spanish totally rocks with Currclick which is only 6 lessons but interactive. Not enough for it to stick I don't think but a good orientation to the language. He's also doing Education-Portal.com Spanish.